What is Depression? Causes, Symptoms, and Treatment Options

Depression is a serious mental health disorder that has been on the rise for many years. It is characterized by feelings of sadness and a loss of interest in activities that were once enjoyed. It is sometimes referred to as major depression but can be diagnosed by other names.

It has been estimated that about 10 percent of people will experience depression at some point in their lives. Depression can be caused by a variety of factors, including genetics, brain chemistry, life events or trauma, or socioeconomic status. It may also occur as a side effect from medication or other substances.

The symptoms that accompany depression vary from person to person and may include changes in appetite and sleep patterns, feelings of hopelessness and guilt, irritability and anger directed either inward or toward others, loss of interest in activities one used to enjoy – including sex – difficulty concentrating on tasks at hand, thoughts of suicide or self-harm, feelings of excessive.

Depression causes can be categorized into two: biological and environmental.

Depression can be caused by a number of biological factors such as genetics, neurotransmitters, hormones, brain structure, and life experiences. Environmental factors are also to blame for depression. For example, poverty, divorce, or unemployment are all circumstances that could lead to depression.

These factors can cause an imbalance in brain chemicals such as serotonin and dopamine which leads to the development of depressive disorders.

Types of Depression and Symptoms

1. Major Depressive Disorder is the most common type of depression. In 2017, approximately 17.3 million adults aged 18 and older in the United States had at least one major depressive episode in the previous year, accounting for 6.7 percent of all American adults. Depression is the leading cause of disability among people aged 15 to 44 in the United States. Statistics from the 2017 National Survey on Drug Use and Health can be found on the SAMSHA website.

Major Depressive Disorder Symptoms: Major depression is distinguished by the presence of at least five of the nine common symptoms. One of the symptoms must be an overwhelming sense of sadness or a loss of interest and pleasure in most everyday activities. Other symptoms of major depression include a decrease or increase in appetite, insomnia or hypersomnia, psychomotor agitation or retardation, constant fatigue, feelings of worthlessness or excessive and inappropriate guilt, recurrent thoughts of death and suicidal ideation with or without specific plans to commit suicide, and cognitive difficulties such as a decreased ability to think, concentrate, and make decisions. The symptoms must last at least two weeks and be a significant change from previous functioning. The major depressive disorder has an impact on social, occupational, educational, and other important functioning. For example, the person may begin missing work or school, or they may stop attending classes or their usual social activities.

2. Persistent depressive disorder (PDD) is another type of depression (dysthymia). A low, depressed, or sad mood that lasts for at least two years and is present for the majority of the day and on the majority of days is the primary symptom (children and adolescents may experience predominantly irritability and the mood persist for at least 1 year).

3. Premenstrual dysphoric disorder (PMDD) is a severe and sometimes disabling extension of premenstrual syndrome (PMS) that is characterized by depression (PMS). In contrast to the more common PMS, Premenstrual dysphoric disorder (PMDD) has more severe emotional and physical symptoms and can have a significant impact on a person's ability to function in their daily lives, as well as on their relationships with others.

Premenstrual dysphoric disorder (PMDD) Symptoms: Symptoms of PMDD and PMS typically begin seven to ten days before the start of a period and last for the first few days of the period. These symptoms may also be present in women who suffer from PMDD or PMS, as well as those who have a normal menstrual cycle. Depression, anxiety, tension, extreme moodiness, and irritability are some of the more severe symptoms of post-menopausal dysphoria (PMDD).

4. Depression Caused by Another Health and medical Condition Individuals may experience depressive symptoms as a result of certain medical conditions. This is known as a medically induced depressive disorder. Depression is frequently linked to endocrine and reproductive system disorders. Hypothyroidism, for example, can cause fatigue, weight gain, irritability, memory loss, and low mood in people. Depression is usually reduced when hypothyroidism is treated. An additional hormonal condition known as Cushing's syndrome, which can lead to depressive symptoms, is caused by high levels of the hormone cortisol. HIV/AIDS, diabetes, strokes, Parkinson's disease, and other conditions have also been linked to depression.

5. Adjustment Disorder With A Depressed Mood :When symptoms of depression appear within three months of the onset of a stressor, an individual is said to have Adjustment Disorder with Depressed Mood. In most cases, the stressor entails some sort of the change in the person's life that they find stressful. Even a positive event, such as a new job, marriage, or child, can be a source of stress for the individual who experiences it. As a result of the symptoms, people often experience significant distress and functional impairment that is out of all proportion to the expected reaction. When the person begins to adapt and cope with the stressor, or when the stressor is removed, the symptoms typically disappear within six months. Treatment is usually short and simple because additional support during the stressful period aids in recovery and adaptation.

6. Depression Due to Weather Change: Depression that is caused by the lengthening or shortening of the days is another possibility. We call this kind of depression "seasonal affective disorder" (SAD). Only during a particular season, usually, winter, do people with SAD experience the symptoms of Major Depressive Disorder. Many parts of the country are experiencing a lack of daylight due to the winter solstice and shorter days.

Depending on the severity of your depression, you'll have a different treatment plan. Psychotherapy is available to some people. Antidepressants and other treatments may also be used. Exercising is also a good idea.

If that isn't enough, there are additional options available to you. Electroconvulsive therapy (ECT) and transcranial magnetic stimulation (TMS) are examples of brain stimulation techniques that may be recommended by your doctor.

Your doctor may or may not prescribe antidepressants to you if you have bipolar depression, depending on your symptoms and medical background. Antipsychotics and mood-stabilizing drugs can also be used to treat the condition.

Everyone is unique in their own way. The best treatment for you may require you to experiment with a variety of medications and dosages. Antidepressants also take some time to take effect. Many doctors and therapists may be necessary before you find the right fit. You can get back to feeling better if you have patience and openness. 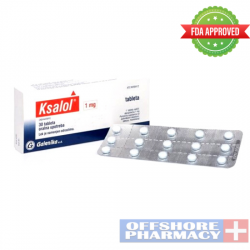 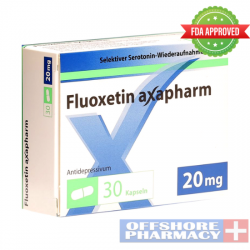 New
FLUOXETINE
Fluoxetine is a prescription drug that contains fluoride and is used to treat depression. It may take up to 4 weeks for you to feel the full effects o..
$1.00 Ex Tax:$1.00
Add to Cart
Add to Wish List Compare this Product
Buy Now Question
Quickview 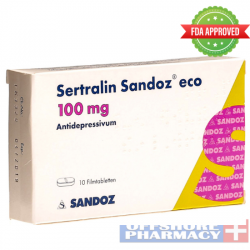 New
Sertraline
Depression is a serious and debilitating mental health disorder that impacts people of all ages, genders, and backgrounds. But there is hope: Sertrali..
$1.00 Ex Tax:$1.00
Add to Cart
Add to Wish List Compare this Product
Buy Now Question
Quickview 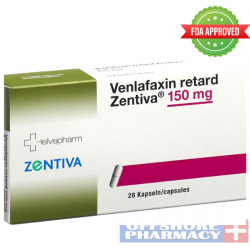 New
VENLAFAXINE
Depression is a serious and debilitating mental health disorder that impacts people of all ages, genders, and backgrounds. But there is hope: Sertrali..
$1.00 Ex Tax:$1.00
Add to Cart
Add to Wish List Compare this Product
Buy Now Question